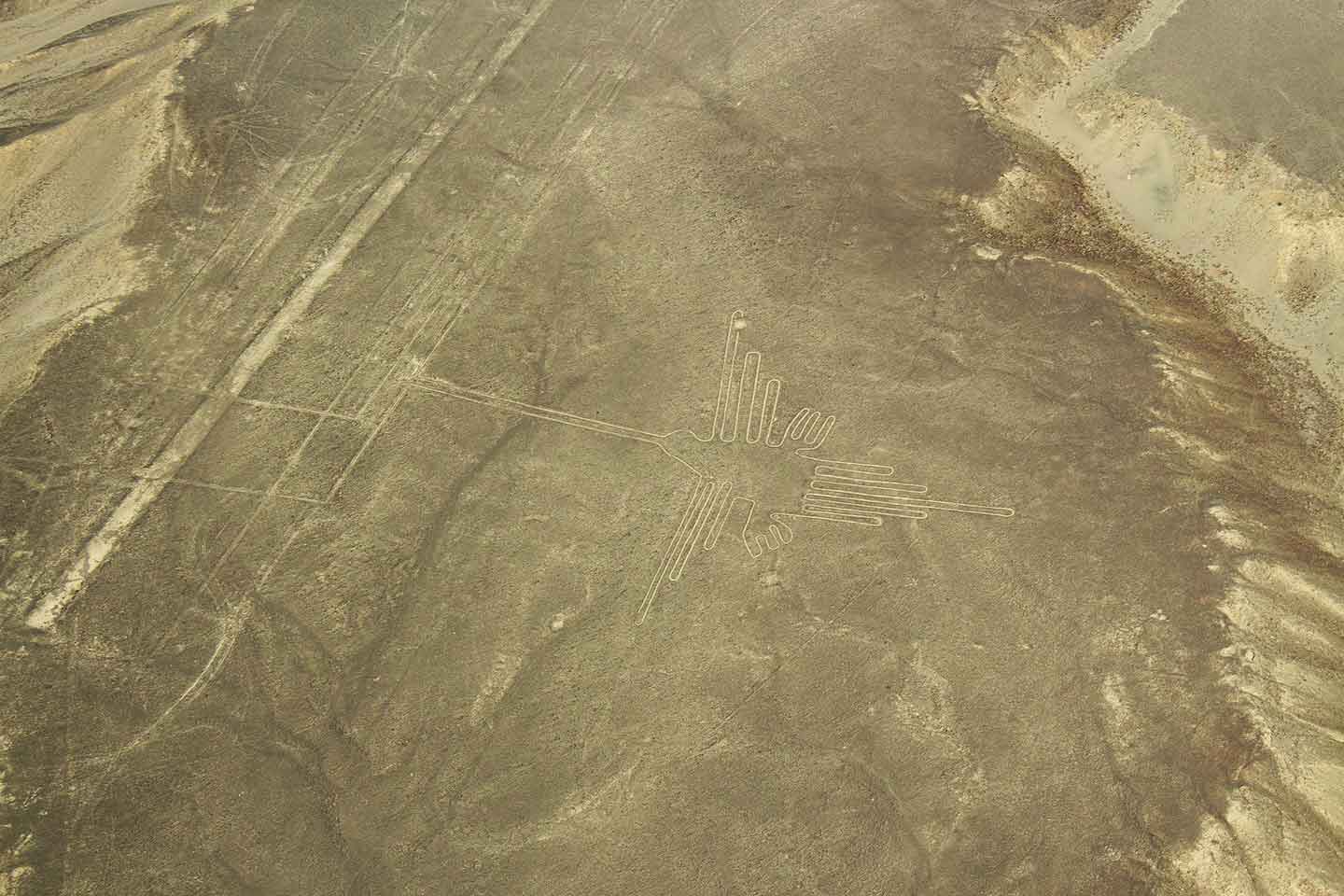 Can The Nazca Lines PERU Be Seen From The Ground?

Can You See The Nazca Lines From The Ground without Taking a Fly? or is it better to see from the Watchtowers? Spread across the dusty and dries plain of Nazca desert, there are lines in Peru one of the most compelling and enigmatic archaeological mysteries of our modern-day is a series of geoglyphs illustrating a variety of animals and geometric patterns, crafted between 600 BC and 1500 AC years ago with exceptional geometrical patent, known as the Nazca Lines of Peru.

You can visit the Nazca Lines Peru, which is located on the (Pampas de Jumana) placed on the surrounding desert. The most common way of experiencing the Nazca lines on the ground is flying over them in a small airplane, however, tourists from all over the world often surprise and ask if it’s additionally possible to see the Nazca Lines from the ground but it is not as you can see on the plane. While flying offers you a bird’s-eye view of them, believe me, you will need a good Camera for Pictures on the plane!

Nazca Lines viewed from the Ground

There are Nazca Lines viewing towers right off the side of the Pan-American Highway, which passes right through the desert where the ancient Peruvian symbols are found. It costs only 3 Peruvian soles (less than $1) to ascend the watchtower, which is 43 feet tall. Compared to the $90-150 per fly ticket to see the lines from the air, it’s certainly a more economical choice.

You can also visit the nearby Museo de Maria Reiche (Maria Reiche Museum, so named for the German-Peruvian archaeologist who discovered the Nazca Lines in 1941 and conducted much of the foundational research about their origin and purpose). Near the museum, there is a natural vantage point to see some more of the shapes.

However, tourists who visit the towers often complain that with the ground view, so how the Pre-incans Nazca Civilitation Build these Geroglips? Do you really get to see the nazca lines that well viewing From the tower?. You can only see a giant drawing or two, and only portions. From the museum, you can see the full shapes, but from a skewed angle that doesn’t allow you to appreciate their majesty of Nazca Lines. From the air, however, you get full, unobstructed views of all the geoglyphs.

As mentioned, the flight over the lines is more expensive than visiting the towers, and it also takes place in a small, single-engine plane (which some tourists don’t love). However, if those two factors don’t bother you, the flight is a spectacular way to take in the beauty and intrigue of the Nazca Lines believe me worth it.

Flights embark from Nazca’s Maria Reiche Airport. The airport is open from 6 am to 6 pm, so flights over the lines depart throughout the day. (TRAVEL TIP!: Book the morning flights for a smoother flight, and avoid the afternoon turbulent crosswinds.) Even though the airport only has one runway, it runs as many as 100 flights a day. Most flights over the lines are between 30 and 45 minutes.

More About the Nazca Lines

The Nazca Lines consist of at least 20 identifiable petroglyphs, all of the animals or other common images, including the following:

While there are no Manuscrits what was the purpose of the lines. Most who study the Nazca Lines and the culture of the Nazca and Paracas peoples have come to some variation of a conclusion related to astronomy, cosmology, religion, and calendars (many of them believe it’s some combination of those). Archaeologists disagree about why they were constructed. Until more is known about the lines and the peoples who created them, we may never know. More fanciful “ancient mystery” buffs like to theorize that they were not, in fact, made by the ancient Nazca civilization, but rather by aliens!

How do I visit the Nazca Lines?

Tour Leaders Peru Adventure offers a 10-day, 9-night package to Nazca that departs from and arrives back at Lima. So you can comfortably fit it into even a short stay in Peru’s capital. The trip includes a transfer from your hotel to the bus station in Lima, a bus ride from Lima to Nazca (about seven hours), lodging in Nazca, a flight over the Nazca Lines (with an English-speaking guide), and a return trip from Nazca to Lima and back to your hotel.

If you’re planning a trip to Peru and can build two days into your time in Lima, it’s well worth the trip to see one of the most fascinating, mysterious sites in the world. You can find more information about the Nazca Lines tour from Lima here: Contact Us